The Agenda: They are waging war on America

Good morning from Capitol Hill. Heritage President Kay C. James says it’s time for bold action. Read her op-ed on how rioters and spineless politicians are waging war against democracy. Plus, parents and educators are still debating if schools should open this fall. Heritage experts say the decision doesn’t require a consensus and school unions need to be removed from the equation. Also, Heritage expert Mike Gonzalez weighs in on the attempt to boycott Goya Foods. Keep reading below to learn more! 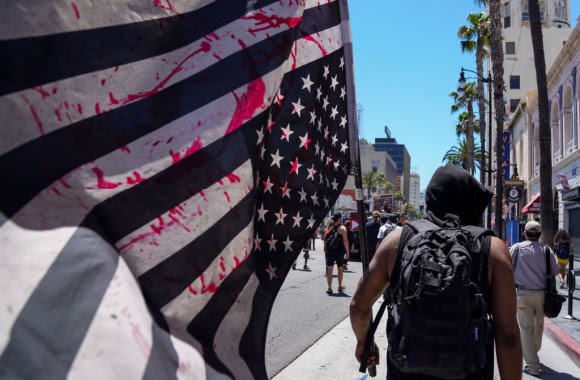 Marxist Radicals and Spineless Politicians Are Waging War on America

All around us, the forces of socialism, Marxism, and anarchy are waging a war against democracy and the moral legitimacy of the great American experiment. Violent radicals have hijacked peaceful protests while mobs have taken to tearing down statues and memorials in an attempt to erase and debase American history. Heritage Foundation President Kay C. James says it’s time for Americans everywhere to take a stand against these radicals and the spineless politicians who enable them. “We must put an end to this now. The rioters and statue topplers must be arrested and prosecuted. We must educate the public about the truth of the founding of the most exceptional nation on earth. And we must wrest our educational system from the hands of leftists who use our schools as indoctrination centers—before we lose yet another generation to them,” James writes in her latest column. Read the full commentary.