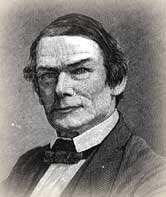 Throughout their history, the Welsh have been great singers; and hymns have been among their favorite songs. One of their most popular hymns is “Guide Me O Thou Great Jehovah.” Crowds at rugby matches or other gatherings have been known to break out singing it. On this day, February 11, 1717 was born William Williams, the Welsh evangelist who wrote that hymn.

William Williams had been touched by the ministry of Welsh evangelist Howell Harris, an eighteenth century contemporary of John and Charles Wesley. Because there were so few hymns in the Welsh tongue, Harris sponsored hymn-writing contests. But it was William who took the prize of popular opinion.

William had been preparing to be a clergyman in the high church; but after he heard Howells preach, he decided to become an evangelical minister. Taking all of Wales as his parish, for forty-three years he traveled almost 100,000 miles on horseback, preaching and singing the gospel in the Welsh language. Williams was a persuasive preacher, and his hymns were also influential. He wrote about 800 of them. Because of these Christian songs, he was sometimes called “The Isaac Watts of Wales.” (Isaac Watts wrote original hymns a century earlier in England.)

William’s original title for the “Guide Me O Thou Great Jehovah,” when it was published in 1745, was “Strength to Pass Through the Wilderness.” In it he compared the pilgrimage of the Christian life to Israel’s forty years of wandering in the desert wilderness. Guided by the fiery and cloudy pillar, feeding on the manna or bread of heaven, the Christian would eventually come to the edge of Jordan and pass on to Canaan’s shores.

Though William never left his native Wales, his beloved hymn has influenced Christians throughout the world. Originally written in Welsh, it has been translated into over seventy languages.