It is frustrating to be in a 20 year war and the same Islamic terrorist be in charge in the end. We (veterans) know we do not fight to the idiot politicians, most of whom could not fight their way out of a paper bag. We fought for our brothers and sisters who stood beside us. Those who like us volunteered to defend America from terrorists. The fact that the politicians failed us is; the sad reality of the situation. – Mike

Wyoming is the least-populous U.S. state — and yet, it was home to one of the first and one of the last American service members killed in the war in Afghanistan…

This is the new Democratic Party Norm, Google how Downtown Manhattan, D.C. and other places were boarding up store fronts in anticipation of violence (not front conservatives) if a Trump victory was assured. ALL TRUE PATRIOTS should be Warned and Worried. – Mike

On the radio program Monday, Glenn Beck, Stu Burguiere, and Pat Gray reacted to a recently leaked Zoom conference call that shows far-left leaders from organizations like ShutDown DC, the Sunrise Movement, and BLM discussing their terrifying Election Day and post-Election Day plans to spread chaos in the streets.

One participant encourages followers to shut down federal buildings, including the White House, and to harass members of Congress who arrive in D.C. to work. The video, published by the group “Sunrise Exposed,” further illustrates Glenn’s belief that this election is about choosing between good and evil.

Watch the video below: 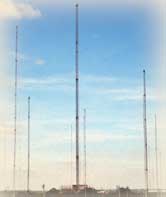 When the phone rang at radio station DXAS, a worker answered it. “Stop broadcasting your message in the Tausug language,” ordered an unidentified voice.

For the workers of the Far East Broadcasting Company, the threat was real. DXAS, located in Zamboanga, Philippines, was reaching out to Muslims.

Similar calls had come before. Muslim extremists did not want the message of Christ aired to their people. The Tausug themselves were not complaining about the broadcasts; in fact they were enthusiastic listeners. One of the broadcasters, Gregorio Hapalla, was himself a Tausug.

On this day, September 21, 1992, the opposition moved beyond threats. Two men armed with handguns entered the Christian radio studios and opened fire.

The third victim had no connection with the Christian broadcasts. This was Ambri Asari, a local fisherman who had stopped by to deliver a public service announcement.

Eventually, the terrorist group Abu Sayyaf, which is connected with Al Quaeda, the group involved in destroying New York’s World Trade Center in 2001, claimed responsibility for the killings.

The Far East Broadcasting Company (FEBC) was founded by John Broger and Bob Bowman right after World War II. Even before the war, they saw the need of a Christian radio station to bring the gospel to millions in Asia, especially China.

Their first FEBC broadcast was made from Shanghai in 1947, but because of the Communists, China was fast closing its doors to Christian work. And so they made the fateful decision to relocate to the Philippines. Their first broadcast from their new facility was out of Manilla on June 4, 1948. The FEBC has worked out of the Philippines ever since and maintains several stations there.