Using Acts 20:28 as his text David finds 5 “takeaways” for pastors to contemplate.

I have often quoted Dr.Jones and consider him the C.H. Spurgeon of the 1900’s. One of my favorite quotes of his is: “Do you think that you deserve forgiveness? If you do you are not a Christian.” You can find out more about, listen to and read most of his 1600+ sermons here at the MLJ TRUST – Mike 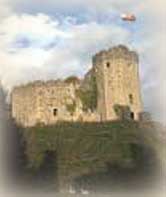 Cardiff is a seaport and the capital of Wales–a city graced with many historic buildings and overlooked by a castle on a hill. A town of fewer than 2,000 people in 1801, its population multiplied into the hundreds of thousands in the 19th century. Martyn Lloyd-Jones contributed to that population boom when he was born in Cardiff on this day, December 20, 1899.

Martyn’s childhood had at least one highlight: In January, 1910, his home caught on fire while he and his brothers were sleeping. All of them could easily have lost their lives. The family did lose almost everything they owned and their shaky finances never recovered. As a result, Martyn set out with real determination to succeed.

He entered a London medical school, completing all his exams at such a young age that he had to wait for his degree until his age caught up with his education. He became the chief clinical assistant of a leading physician, Sir Thomas Horder. Horder described Martyn as “the most acute thinker that I ever knew.” Martyn faced the prospect of a brilliant and financially rewarding career. But something happened to change that.

Martyn had joined a Calvinist Methodist church when he was fifteen-years-old. Around 1924, he began to seriously consider his spiritual condition. “For many years I thought I was a Christian when in fact I was not. It was only later that I came to see that I had never been a Christian and became one.” Reading the Bible for himself and pondering its meaning, he eventually realized that “What I needed was preaching that would convict me of sin and … bring me to repentance and tell me something about regeneration. But I never heard that. The preaching we had was always based on the assumption that we were all Christians…”

Martyn asked Christ to become master of his life. As soon as he had made that decision, he was overwhelmed with a longing to return to Wales to share his new-found faith with the folks back home.

He took a small church in Aberavon, Wales. Local doctors snubbed him, thinking he was going to poach on their patients. But Martyn wanted instead to win souls. He preached clear, analytical messages. Working men and women came to know Christ. Notorious alcoholics converted to Christ. Other churches invited him to speak.

A few years after Martyn came to Aberavon, a local doctor asked for help with a difficult medical case. Martyn diagnosed the problem at once and proved completely right. After that, demands for his medical assistance increased to the point that they almost threatened his pastoral work.

His name became increasingly well-known. G. Campbell Morgan, another pastor with a powerful ministry, invited him to come to Westminster Chapel. Martyn accepted the Westminster invitation in 1938. Publication of his powerful sermons made him internationally famous. He died in 1981.

Ironside Laid Aside as Dead at Birth 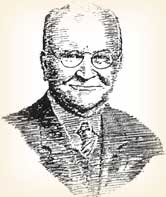 Harry Ironside was laid aside for dead when he was born on this day, October 14, 1876 in Toronto, Canada. His mother was in a bad state and needed of all the attention she could get if she were to pull through. But God had big plans for the “dead” baby. A nurse detected a feeble pulse in him. She popped him into a bath of hot water and he quickly exercised the vocal cords which would declare Christ to perhaps a million listeners over the course of his life.

By the time he was four, he had memorized his first scripture verse. That did not set his mind at rest with God. He became a great student of the Bible, reading it through fourteen times by the time he was fourteen years old. That brought him no peace. Terrified of eternal death, he held tent meetings and services for children but, when asked if he was born again, could only stammer. But at fourteen years of age, he asked the Lord for salvation. To his surprise, he experienced no feeling, no emotion. Nonetheless, he trusted God for forgiveness of his sins and rose from his knees determined not to call God a liar by doubting him.

Now he began to preach in earnest. At that time he was associated with the Salvation Army. For five years he preached almost nonstop. He sought the experience called “sanctification” and thought he had attained it. This brought him little peace and less purity. He finally learned to look for holiness not within himself, but outside, in Christ Jesus. Leaving the Salvation Army, he became associated with the Plymouth Brethren.

Despite only an eighth grade education, Harry Ironside became one of the world’s best-known and best-beloved Bible teachers, traveling the globe to give messages. Never ordained, he nonetheless pastored Moody Memorial Church in Chicago for eighteen years.

In writing his autobiography he would say, “…As I look back over all the way the Lord has led me, I can but praise Him for the matchless grace that gave me to see that perfect holiness and perfect love were to be found, not in me, but in Christ Jesus alone.” He was on a preaching tour in New Zealand in 1951 when he died following a heart attack. At birth he seemed dead. At death he became alive, for we know he entered eternal life.

The punishment of fools is folly – Proverbs 14:24

Every natural man is a fool. – Thomas Granger

Honor is as fit for a fool and a gold ring for a swine’s snout. – John Trapp

A hearer’s life is the preacher’s best commendation. – Thomas Manton

A minister without boldness is like a smooth file. – William Gurnall

Check out our Faithful Steward Ministry Facebook page and Dr. Martyn Lloyd-Jones excellent, “Walking with God”, daily devotional. The topics are
SPECIAL AUTHENTICATION and WHAT TO PRAY FOR IN REVIVAL

In the lawyer’s hands we lose but our goods; in the physicians hands but our life; but in the hands of a bad divine we may lose that which surpasseth all, our soul. – John Boys

My preaching was not with enticing words of man’s wisdom – 1 Corinthians 2:4

We are not fraudulent hucksters of God’s message – 2 Corinthians 2:17 (Weymouth)

He that is more frequently in his pulpit to his people, than he is in his closet for his people, is but a sorry watchman. – John Owen

These vain-glorious preachers may be like Rachel, fair, but their ministry is like to be barren. – William Gurnall

If we are not doing this we are failing in our duties as chosen children of God.

The warning in the book of James to teachers is sobering, “Not many of you should become teachers, my brothers, for you know that we who teach will be judged with greater strictness” (3:1)…

Continued at Source: Pray for Your Church Leaders