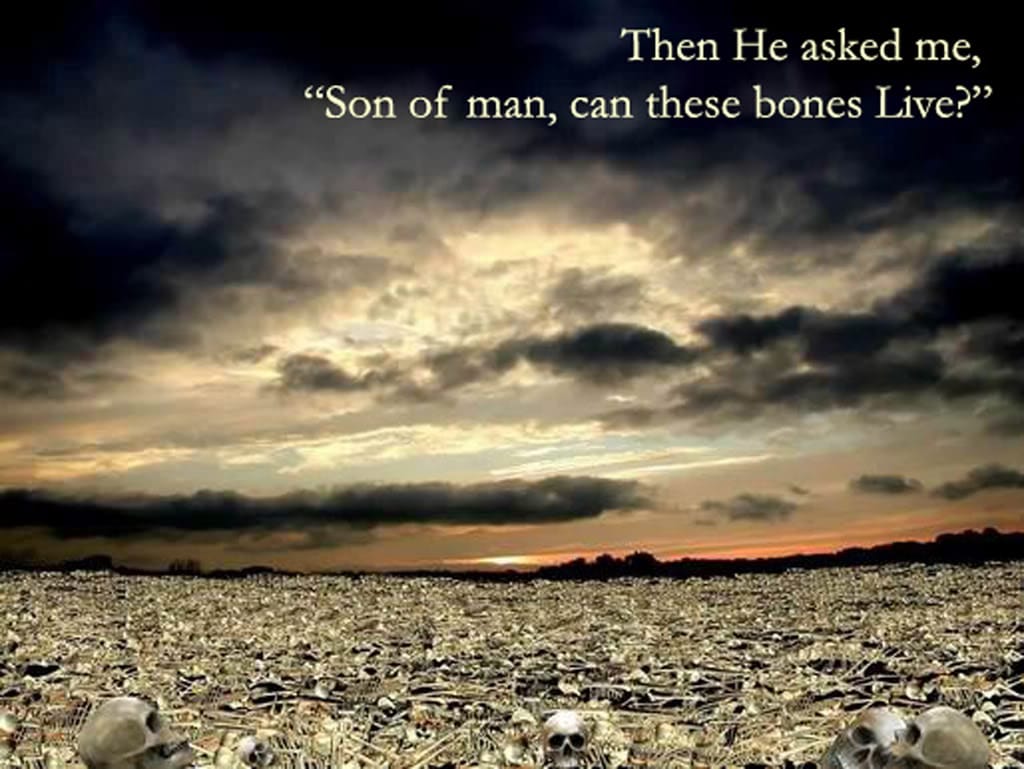 “Then He caused me to pass by them all around, and behold, there were very many in the open valley; and indeed they were very dry. And He said to me, “Son of man, can these bones live?” So I answered, “O Lord God, You know.” Again He said to me, “Prophesy to these bones, and say to them, ‘O dry bones, hear the word of the Lord! Thus says the Lord God to these bones: “Surely I will cause breath to enter into you, and you shall live. I will put sinews on you and bring flesh upon you, cover you with skin and put breath in you; and you shall live. Then you shall know that I am the Lord.” Ezekiel 37: 2-6 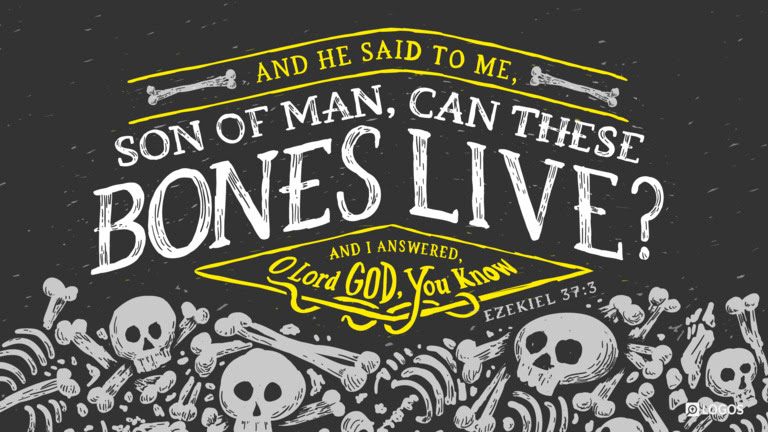 After work yesterday I had a very somber conversation with a young (20 yr old) man about life. He asked if I believed in Hell. I told Him I most certainly did, in fact I was assured that there was a place of torment (Hell) that those whom refused God effectual call would spend eternity. This did not make him very cheery as you can imagine. I then said but the “Good News” is for those who heed God’s effectual call and repent and make Christ Lord of their lives, eternal bliss awaits them (Heaven).

He asked the question I have been asked so many times over the past 20+ years “how can you be so sure”? I always respond the same way, it is not about me it is about God. Let me explain. (This will be a repeat for many)

I told him of what really changed me form that guy who thought in his mind their was  a God out there to one who was convince that same God was sovereign. Back in 1998 I read three things in succession first was John MacArthur’s 74 page book Why One Way Is it arrogant for Christians to declare that there is only one way to God? Is the exclusivity of Christ a barrier to cultural relevance? Can you really claim to know absolute truth? These were all questions I had and in Why One Way?, Pastor John MacArthur gave an accessible, concise apologetic answer for Christianity’s exclusive truth claims. In my words he said God was the sovereign ruler controller and creator of all things who was I to argue with Him. Who was I to demand to come to God on my terms. It was not about me, it could never be about me it had to be about God, he was sovereign not me.

If you are like most folks and think you are basically “good” this line of thought just does not compute. It goes against everything we are being taught in the modern western world. Well the second thing I told my friend I read was a study on John 3:19 “And this is the verdict: The Light has come into the world, but men loved the darkness rather than the Light, because their deeds were evil”Berean Study Bible

I realized I liked the dark-side to much, I could relate to Darthvader more than Luke Skywalker. Once again it was not about me it was about God, only He could make a change in my heart for true repentance  I could only honor the life He had given me.

Here is a commentary I liked on the verse PRINCIPLE: Light is the absolute standard that man must face if he is to fellowship with God. APPLICATION: The difference between Christians and non-Christians does not rest in their guilt, it lies in their attitude toward Jesus. The non-Christian shrinks from Jesus as the light. By rejecting Christ, man shows his judgment is just. Alcibiades, the Athenian genius, told Socrates, “I hate you, for every time I meet you, you let me see what I am.” People react to Jesus the same way. He lays bare people for what they are.Darkness is the worldview of Satan. Light is God’s worldview or the means whereby He reveals Himself. Most men prefer to live under humanistic influence, which is satanic.When we turn on a light, the cockroaches scurry into the dark.

That brings us to the final thing I mentioned I had read that week that changed my life forever. It was not an easy read it was Jonathan Edwards, Sinners at the Hands of an Angry God. Edward’s words pierced my heart he made it clear God owed us nothing and we owed God everything and could repay Him nothing. All we could do was glorify and serve Him as He called us to do. Once again it was all about God and not ever about me.

Bringing the conversation full circle I told him being so convinced of the sovereignty of God; and that since His Word clearly said there was a Heaven and Hell that I was convinced that they were real literal places for eternity to be spent.