In Matthew 6:25–34, we find the portion of the Sermon on them Mount, where Jesus deals with Anxiety.

Basically His advise if you will is what good is there in worrying?  In other words how does it benefit you?  In v.25 He asks is life not more than the temporal (food, clothing and shelter) are we not to live for the eternal? In v.26 He notes, all that God does for nature and how much more will He do for His chosen? Finally in our text, what is it you hope to gain? Will worry and extend our lives?

No matter the situation, no matter the problems of life God is in control and His shoulders are big enough for all our burdens.

This essay is part of a special series of the American Project that seeks to address the crisis of loneliness during the global COVID-19 pandemic.

New Yorkers are used to hearing sirens. And then came March’s round-the-clock ambulance wails, every hour of every day. Through the barred windows of my Brooklyn apartment, I watched the streets empty as an unseen contagion drove us inside.

Before the razor wire and guard dogs on Fifth Avenue, before the mass graves in the city’s potter’s field, New York was not perfect, but we had each other. Now, it seems, we are united only by fear and loneliness. “People don’t have anything to lose,” cried one looter smashing the windows on a Duane Reade drugstore in Lower Manhattan this past May. “In the right circumstances, ka-boom.” I’d like to believe he’s wrong…

How to Pray When You’re Feeling Anxious or Depressed 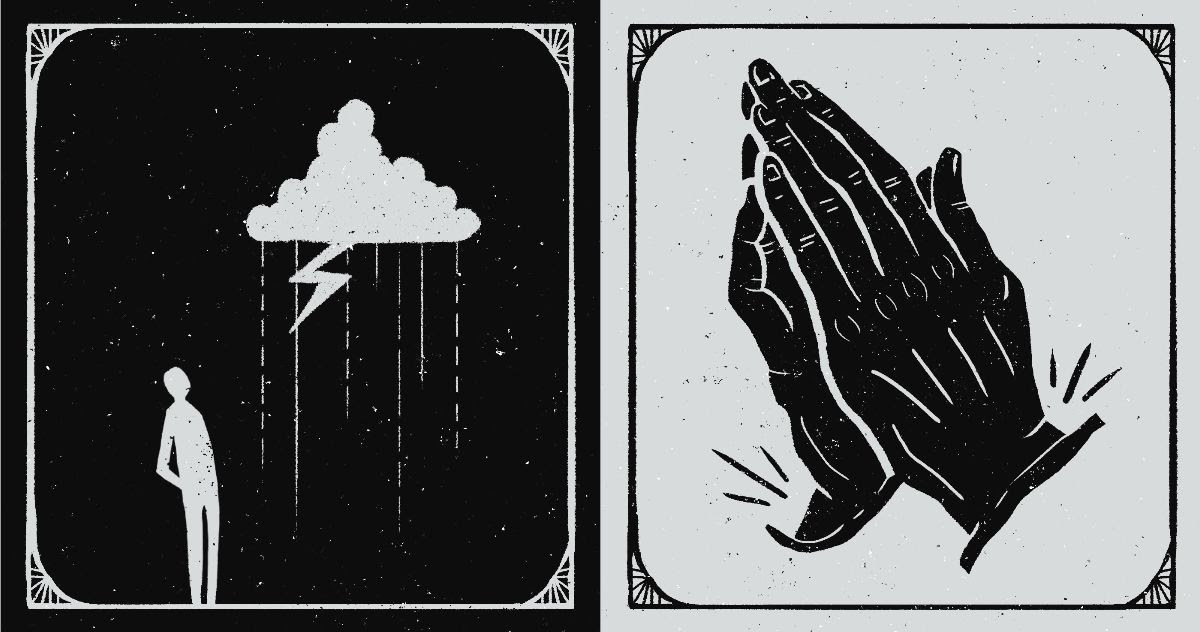 Prayer is hard at the best of times, but it’s hardest during anxious or depressed times. During such seasons, most of us find it hard to concentrate, we feel God is far away, and we despair of God hearing or helping us.

How can we make prayer easier and more encouraging to us in such dark and disturbing spells?

Many folks feel shame, or other reasons for not seeking treatment PLEASE if you or someone you know is depressed, or has other mental health or substance abuse issues take the first step to save a life today and call:

The following 14 Part series by John MacArthur and staff at GTY explores the biblical answers to Anxiety, Doubt and Worry. Along with  God’s Sovereignty and the Believer’s response. 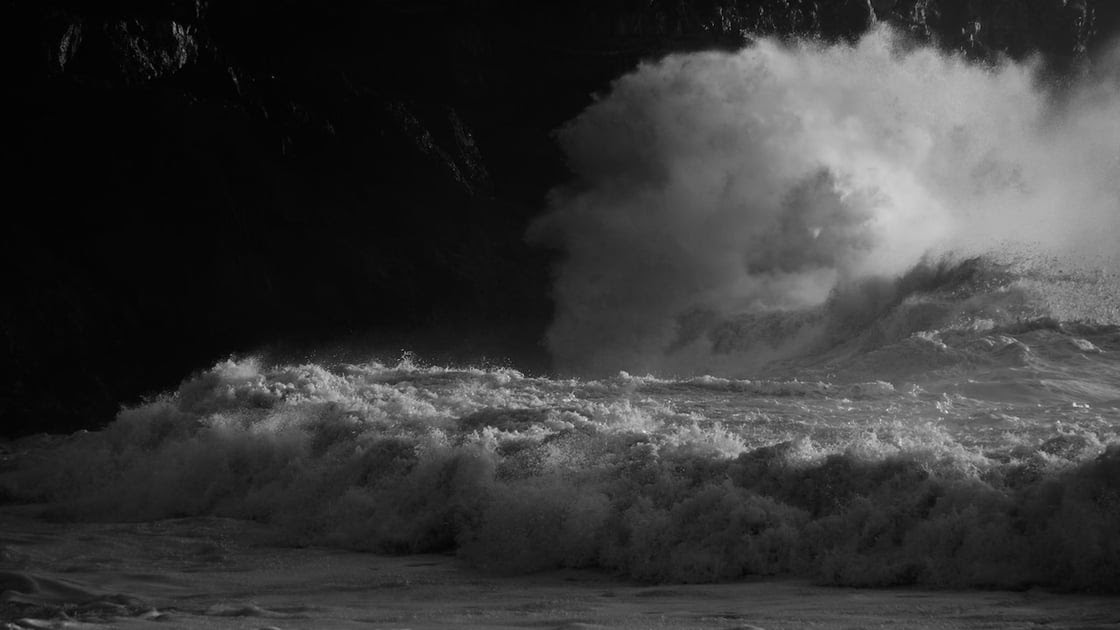 Overwhelmed is a strong word that many of us can resonate with. Written into this word is imagery of capture—of being crushed. The word overwhelmed itself paints the picture of a boat being careened by a wave of water: completely submerged, buried, and smothered in drowning and disorientation.

But the sense of this word has expanded beyond waves and boats. Armies are said to have won an overwhelming victory when they overpower a weaker opponent. A man who loses his wife to cancer can rightly be said to be overwhelmed with grief. A small child surrounded by strangers in a crowded terminal can be overwhelmed with fear. Whatever the context, this word creates a sense of going under, of losing control, and of being subdued beneath something or someone stronger and bigger.

But does being overwhelmed have to be negative? Can you be overwhelmed by positive emotions, thoughts, or affections?

Anyone who has been on the water knows that a boat’s stability depends primarily upon where its bow is facing. In the same way, what you are overwhelmed by is primarily determined by what you are focused upon. It’s a matter of perspective. Of course, when you are focused on the troubles in front of and around you, feelings of despair can begin to overwhelm. But if you are able to set your mind on things above, the nature and character of God may begin to overwhelm you.

Set Your Eyes on Him, Not Your Trouble

David was a man of many troubles. As a shepherd, wild animals and the elements pursued him. A Philistine giant laughed in his face, eager to make David into an example. The paranoid and jealous Saul relentlessly sought his life. And his was the daunting task of leading Israel into battle against her restless enemies.

While the exact situation that led David to write Psalm 144 is a mystery, the psalm clearly speaks of trouble. In verses 7 and 11, David pleaded with God to rescue and deliver him. He described his surroundings as great waters and the hands of hostile nations surrounding him. In verse 8, he complained about the lies and deceptions his enemies employed against him. But despite the troubles surrounding David, he resolved not to be overwhelmed. He chose to look elsewhere—to gaze upward. And as a result, he was overwhelmed in a different way.

David begins this psalm amidst his troubles with a declaration of praise and worship to God: “Blessed be Yahweh!” In the midst of his trials, David bowed before God in humble recognition that God is the great I AM. He is the eternal, unchanging, self-sufficient God. He simply IS. He depends on nothing and no one. He has no lack and requires no help. He is the source of all other beings and existence. By Him, through Him, and to Him all things were created. He is Yahweh.

He Is Nearer and Greater

Then, with his eyes turned heavenward, David burst forth in what he knew to be true of God. David fills his praise with “My…my…my” to express the personal nearness in which he knew God. Yahweh was a present help in David’s trouble (Ps. 46:1). While the great waters of danger encompassed him (v. 7), God surrounded him even closer. Though his enemies’ hands swarmed him like the mob, God held him even tighter. God had set upon him a steadfast, uncompromising lovingkindness—His covenantal, unconditional love. This was a love not even David deserved.

In the midst of his turmoil and inadequacy,
David experienced an overwhelming nearness to God

David also paints an overwhelming picture of God’s greatness. He describes God as an immovable security, a towering shelter. In the midst of trouble, David remembers that God is a place of hiding and safety from all the impending attacks. When David had hidden from Saul in rocky caves (1 Sam. 22:1), he knew his true Rock was Yahweh. God was his secret escape—like a fortress or stronghold nestled in the mountains. He was a harbor of protection amidst the wind and waves. As David’s closest companion in battle, God was his shield. It was God who taught David’s hands and fingers to wage his wars and fight his battles. Though David was king of Israel, Yahweh was his sovereign.

In summary, David saw God as his Deliverer—his Protector and Rescuer. Yahweh is a great God!

What depth of truth! What wonderful declarations of God! Note how David responds in verse 3–4: “O Yahweh, what is man, that You take knowledge of him? Or the son of man, that You think of him? Man is like a mere breath; His days are like a passing shadow.” David wasn’t overwhelmed by the troubles around him. He wasn’t paralyzed by the great waters nor the mob of enemy hands pressing in around him. He was overwhelmed by the splendor and glory of God.

As David turned his eyes upward in the midst of his troubles, his enemies suddenly seemed less daunting when juxtaposed with the greatness of God. He was brought to a place of focusing on the grace and greatness of the One by whom he was known. David was humbled that he would even be considered by such Majesty.

Instead of the normal paralysis that results from troubles, being overwhelmed by God moved David. It moved him to dependent, confident, even bold prayer. He prayed to God as the only One who could rescue him (vv. 5–8, 11). He prayed with a new song in his soul, believing God would be God in his trouble (vv. 9–10). And he approached the throne of grace with boldness, pleading for blessings on Yahweh’s people (vv. 12–15).

Being overwhelmed by God brought David
to his knees—not in paralysis, but desperate boldness

He was moved to do the one thing that could acquire all that he needed: he prayed.

It is unlikely that anyone reading this has the task of ruling Israel. Nor is it probable that you are being threatened by a hostile army closing in around you. But the principles David demonstrates in this psalm remain applicable even today. When we face troubles, we can begin by turning our eyes to God. We can choose to praise Him amidst the storms of life. Then, the truth of His character can flood our thoughts and remind us that God is nearer and greater than any trouble we might face.

It should be clear by now that unchecked anxiety isn’t good for you. It’s a sin expressly forbidden by the Lord, so there is the spiritual cost to consider. But it’s also harmful to your health, your productivity, and your relationships. It wreaks havoc throughout your life, and as we saw yesterday, it strangles your mind.

Here are the rest of the articles in the series in ascending order:

God’s Sovereignty and Our Gospel Responsibility

Worn Out by Worry

When we think of being tempted we think of doing things wrong that is sinning against God. Of course that is true, and we need to Armor Up daily to fight off the willy temptations of the devil what other types of temptations are running about especially with the COVID-19 situation? How about: 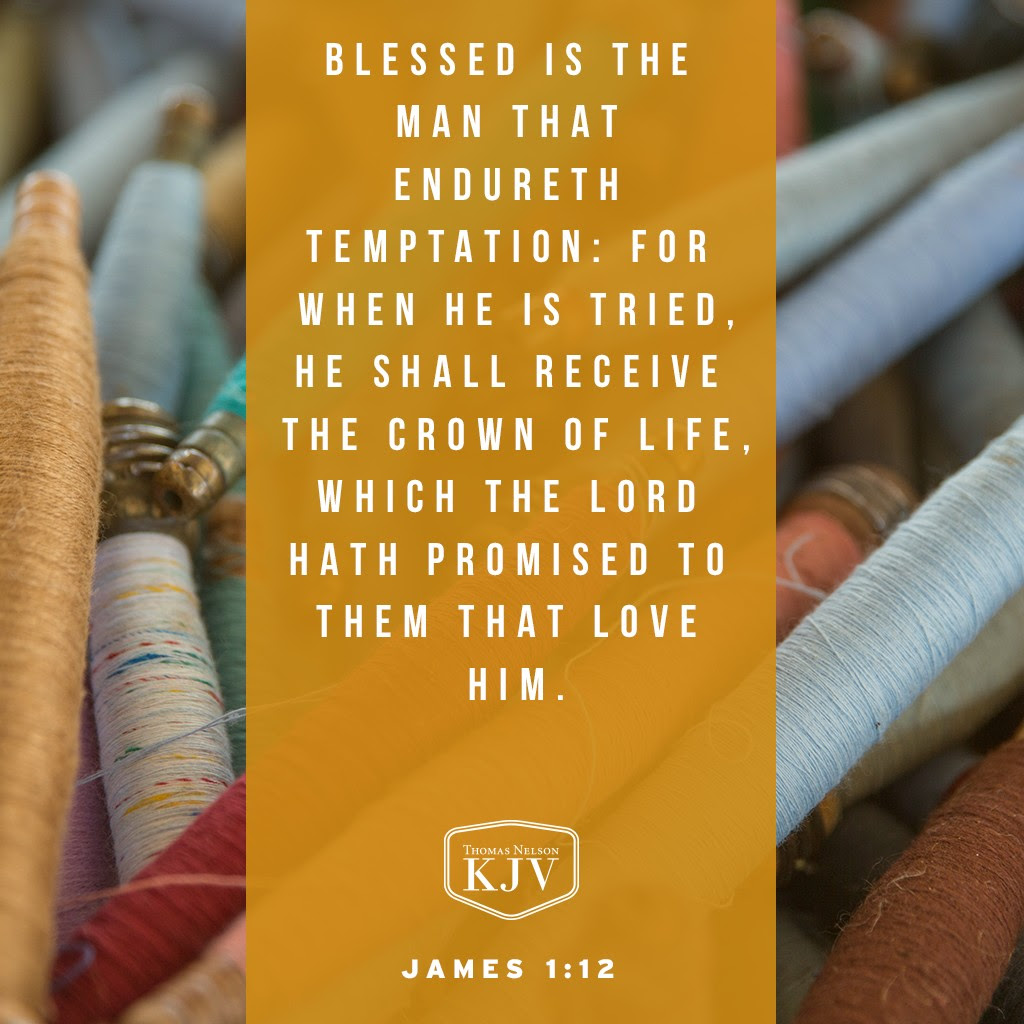 The “GOOD NEWS” is that there is a cure for all these temptations and the cure is Christ. Trust in HIM and HIM alone as not only your Savior equally important LORD of your Life. Christ is able to sustain us through all life’s trials and temptations Psalm 55:22.

If you are feeling any of these emotions and want to talk, vent or otherwise express yourself PLEASE feel free to email me and I will gladly send you IM info.

You may perish be false devotions as much as by real scandal. – Thomas Watson

Worldlings in serving God, serve themselves of God, they follow him for loaves more than for love. – John Trapp

When God would put a soul in tune for himself, he most commonly begins upon the lowest note. – John Bunyan

Despair acknowledgeth the truth in regard to the object, but doubteth in regard of the subject. – Stephen Charnock

Check out our Faithful Steward Ministry Facebook page and Dr. Martyn Lloyd-Jones excellent, “Walking with God”, daily devotional. The topics are
“ENTERING THE KINGDOM” and “A FALSE VIEW OF THE KINGDOM“