Some disturbing but not surprising information here. 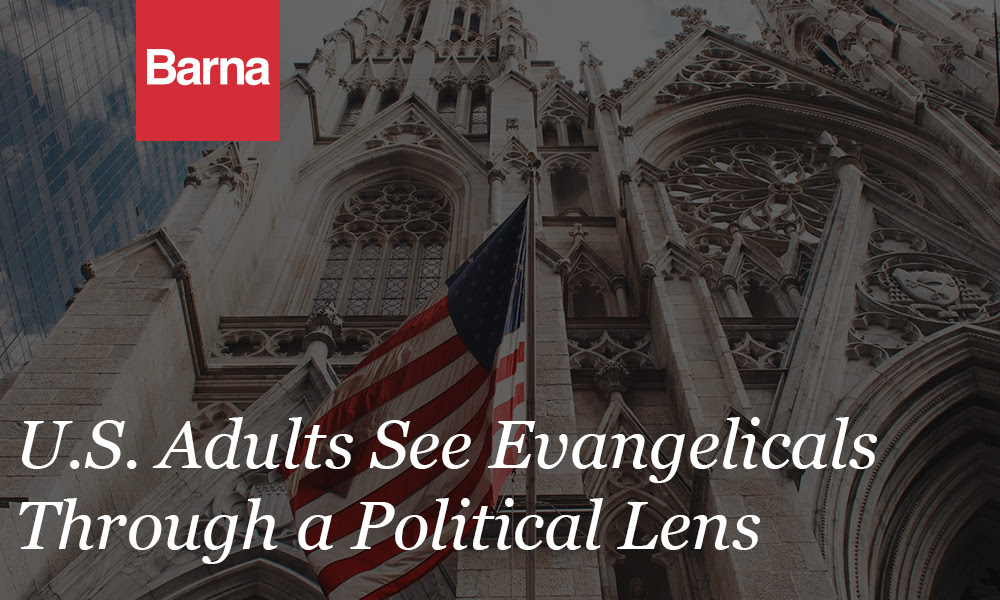 According to Barna’s categorization, evangelicals only make up about 6 percent of the U.S. population, but has assumed a unique place in national discourse.

The cohort of Christians known as evangelicals has courted controversy, no matter how you slice it—whether evangelicals only make up just 6 percent of the U.S. population (as Barna’s legacy tracking of the group suggests) or whether they comprise a larger share of the public (as other polls, which use different measures, indicate). As the U.S. enters another heated election year, a new Barna report shows Americans seem to increasingly view evangelicals through a political lens, which corresponds with mixed feelings toward this religious group.

Our research has developed a pronounced portrait of this Christian minority over the years (see the About the Research section at the end of this article for more on Barna’s definition of the group), but for this study our aim was different. We set out to understand how the general public perceives evangelicals. (You can read the full Barna Briefing The Brand of Evangelicals, including new commentary from David Kinnaman, via Barna Access.) Based on a nationwide study of U.S. adults, we found that, though many people still view evangelicals as a committed group of believers who put their faith first, their political connotation puts the future of American evangelicalism in a precarious spot.