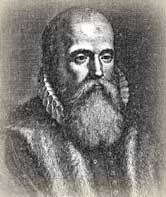 James (Jacob) Arminius was uneasy with some of the teachings that had come to be identified with Calvinism. Did God really choose some men to be damned before he created them? Was Christ’s death only intended for those who would finally be saved? Does God exercise his sovereignty so fully that man has no choice in his own salvation? Does regeneration come first and then repentance? As the professor of theology at Leyden, James had promised to teach only those things which conformed to the confessions of faith of the state church of the Netherlands. These were Calvinist. In his public teaching, Arminius kept his word, but he laid out Scripture readings in such a way as to cast doubt on Calvin’s theology (which was heavily indebted to Augustine of Hippo).

In private, James offered a different interpretation of Scripture to interested students. While not varying from a single doctrine of the early church creeds and accepting much that Calvin taught, he modified his theology to say that man (through ordinary grace) can respond to the gospel and has real choice in his ultimate destiny. Strict Calvinists, such as Dr. Franciscus Gomarus, objected strongly. However, a number of pastors of state churches adopted Arminian views. Arminius himself downplayed differences for the sake of peace and because of his promises, although he tried to get the Heidelberg Catechism and another Dutch confession amended.

After his death, his followers issued a document called a Remonstrance. In it they set out five points in which they differed from Calvin. Inevitably the issue got mixed up with politics too complex to go into in this short article. The Remonstrants (as Arminians were called) were on the side of those who wanted decentralized government or “states rights.” The Calvinists were on the same side as Maurice, who was attempting to reduce “states rights” and create a stronger central government.

The central government called a synod (council of churchmen) to weigh the issues. On this day, November 13, 1618, the Synod of Dort convened. It was controlled by Calvinists who invited other Calvinists from neighboring countries. The assembly existed for one purpose only: to condemn the Remonstrants. Naturally, the Remonstrants considered this unfair.

And the proceedings were biased. The Calvinists met alone until the sixth of December. Meanwhile, Remonstrants around the country were thrown out of their pulpits. Those Remonstrants who were summoned to the assembly found their movements restricted. They were not allowed to have their strongest speakers represent them. Many other injustices occurred.

Needless to say, with matters so stacked against them, the Remonstrant cause was condemned. One of their supporters, the statesman, John Oldenbarneveld, was invited to a meeting with Maurice and arrested. Falsely charged with treason, he was beheaded. Another supporter, Hugo Grotius (who became the father of international law), was sentenced to life in prison but managed to escape.

Arminian ideas are found among Wesleyans, Methodists, Nazarenes, Free Will Baptists and in similar traditions, while variations of Calvinism can be detected in the theologies of Reformed, Presbyterian, Calvinist Methodist and some Baptist groups.

Daily Devotional – Have Mercy on Me »
« College students have positive vibes about socialism, plan to vote that way